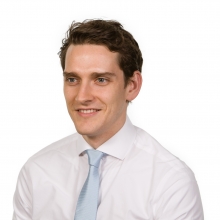 Conor works within our Wills & Trusts Disputes team as a trainee solicitor. He began his training contract with Wilsons in 2019, with his first seat being with our Tax & Trusts team and his second with our Probate & Trusts team. Before starting his training contract, Conor completed an undergraduate degree in English Literature at New College of the Humanities in London where he was awarded the University of London Prize for Academic Achievement before completing the Graduate Diploma in Law at BPP in London with Distinction. He also worked for 2 years as a paralegal in the Government Legal Department, gaining experience in the Department for Education, Department for Environment, Food and Rural Affairs, Her Majesty's Treasury, the Attorney General's Office, and the Government Equalities Office. Conor is currently studying the LPC at the University of Law alongside his training contract.

Outside of work, Conor is a keen Shakespeare and Renaissance history enthusiast, and enjoys playing the piano, swimming, cooking, and exploring different countries with his wife.