Attempted offences are now included, as is secondary participation in any of the offences – such as aiding or abetting.  In addition, a person will now be automatically disqualified if he or she is named on the sex offenders register, has been found in contempt of court for making false statements, or if he or she has been removed by the Charity Commission or the court as an officer, agent or employee of a charity on the grounds of misconduct or mismanagement.

It is not difficult to see why at least some of the new triggers have been added to the list (indeed, it is perhaps surprising that they were not already there).  But this is the first time that the automatic disqualification provisions have been extended to individuals holding senior manager positions within the charity.  Consequently, the Charity Commission has updated its guidance on the automatic disqualification rules to explain what is meant by "senior manager position".  Generally speaking, the most senior member of the charity's management team reporting directly to the trustees will be a senior manager for the purposes of the new rules.  This is likely to be the CEO or equivalent.  In addition, if it is not the same person, the most senior individual with responsibility for the charity's finances, such as the CFO, will be caught by the rules – even if he or she reports to the CEO, rather than the trustees.  In all cases, it will be the function, rather than the title, of the position that matters most.

Complying with the new rules

Charities are prohibited from appointing a disqualified trustee or senior manager, so it is important that they take steps to ensure they do not inadvertently appoint someone who is already disqualified.  Allowing a person to remain in office in the knowledge that they were disqualified would constitute a serious incident, which would need to be reported to the Charity Commission.  Equally, it is good practice for charities to ensure that they have systems in place to identify trustees and senior managers who have become disqualified post-appointment.  Complying with the new rules will therefore involve:

A charity's trustees will not normally be employed by the charity and so, while disqualification of a trustee will constitute a serious incident, triggering the need to make a serious incident report to the Charity Commission, it is unlikely to have any repercussions from an employment perspective.

Senior managers, on the other hand, are likely to be employees and so charities should review and update their relevant employment contracts to ensure that they address the situation whereby such an employee becomes disqualified.  This process is likely to entail:

The rules make it an offence to hold, rather than to carry out, a senior manager role while disqualified and so the employment contract should also contain an express provision entitling the charity to terminate the employment of a senior manager in such circumstances.  Relevant employees can be required to return any salary or other benefits received during a period of disqualification, and so suspension on full pay pending a waiver application does not appear to be an option. 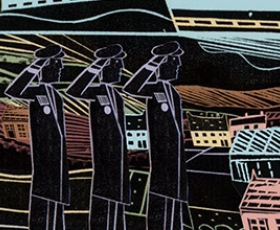 One of the UK’s top two charity law firms 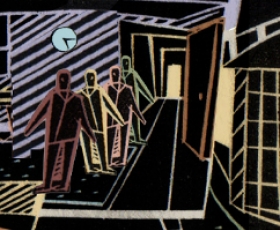