The Chancellor delivered the first Autumn Budget today unveiling the Government's financial plans for the next period.  Amongst the policy proposals were measures aimed at helping first time buyers onto the housing ladder and extending the scope of the capital gains tax charge on non-residents to commercial property.

The Capital Gains Tax annual exempt amount will be uprated in line with the Consumer Prices Index from £11,300 to £11,700 for individuals, personal representatives and trustees for disabled people, and from £5,650 to £5,850 for other trustees.

The introduction of the 30-day payment window for gains on residential property disposals will be deferred until April 2020.

Shared lives schemes are designed to support adults with learning disabilities, mental health problems, or other needs that make it harder for them to live on their own. The schemes match an adult who has care needs with an approved shared lives carer.

Qualifying care relief is an optional tax simplification scheme available to those providing care under shared lives schemes which provides for a standard relief instead of deductions for actual expenses, allowing taxpayers to keep simpler records.

The scope of Qualifying Care Relief will be expanded to cover payments from individuals that self-fund care they receive through a shared lives scheme.  The relief is being extended in this way to ensure that carers who are currently excluded from Qualifying Care Relief because the person they look after happens to self-fund their care, are able to use this simplification scheme in the same way as carers who look after people whose care is funded by a local authority.

As part of the Government's efforts to ease the difficulties for young people purchasing a home, the Chancellor has announced that first-time buyers purchasing a property up to the value of £300,000 will pay no SDLT.  For property purchases up to £500,000, first-time buyers will pay no SDLT on the first £300,000 of the consideration and 5% on the remainder.  No relief will be available where the total consideration is more than £500,000.  This relief applies to transactions with an effective date on or after 22 November 2017.

The government has also announced further reliefs from the higher rate of SDLT mainly aimed at transactions taking place between, or on behalf of, family members which will apply from 22 November 2017.

The planned reduction in the SDLT filing and payment window from 30 days to 14 days has been delayed again.  The 14 day filing period will now apply to land transactions with an effective date from 1 March 2019.

The ATED, the annual charge which applies to residential properties valued at over £500,000 which are owned by non-natural persons (that is: companies; partnerships which include a company; and collective investment schemes), has been increased in line with the consumer prices index (which was 3%) effective from 1 April 2018.

By way of reminder, affected properties should have been re-valued in April 2017 and more properties may have been drawn into the scope of ATED since then. Reliefs apply to cover, for instance, dwellings which are let on commercial terms.

The publication of a consultation on taxing non-UK residents on all UK land and buildings with the intention of the changes coming into effect in April 2019 was announced.  Currently non-UK residents only pay tax on gains made on UK residential property.

Also included in the consultation is the intention to extend the existing rules relating to the taxation of gains made to all non-UK companies owning UK land and buildings.  In addition certain disposals by non-UK residents of interests in entities that derive a significant part of their value from UK land and buildings are to be within the charge to tax.

It is intended to introduce an anti-forestalling measure to have effect on or after 22 November 2017.

In order to qualify for entrepreneurs' relief for capital gains tax on a sale of shares, an individual generally has to hold at least 5% of the shares in the 12 months prior to sale.  This has been a problem for many management shareholders, when their holdings fall below 5% as a result of new shares being issued to investors as part funding rounds.  The Government has announced that it intends to consult on how this problem might be addressed in the future.  Presumably this is likely to mean that entrepreneurs' relief may be preserved in these circumstances.

As previously announced the government will publish a consultation in 2018 on how to make the taxation of trusts simpler, fairer and more transparent.

HMRC has published research it commissioned earlier this year into the motivations, behaviours and attitudes underlying individuals’ decision-making process on IHT matters and the use of reliefs and exemptions in that process. Specifically, the objectives were:

Interviews were conducted among testators and beneficiaries who owned agricultural or business assets, and agents (e.g. solicitors, accountants and tax advisors) who advised on APR and/or BPR.

The conclusions of the research were broadly as you would expect and in line with our own experience, including:

A response to the consultation carried out between December 2017 and February 2017 on the proposal that promoters of certain types of complex international financial arrangements should notify HMRC of structures and give details of their clients using the arrangements will be published on 1 December 2017. 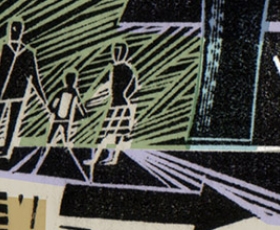 We can help safeguard all that’s valuable to you

Prepare for the future