The Court of Appeal confirmed that pay for term-time staff with irregular hours should be calculated on the average of the previous 12-weeks' pay, rather than 12.07% of hours worked. The 12.07% calculation has been commonly used for these working arrangements and has been supported by Acas guidance. In this case, the claimant's holiday pay, when calculated correctly, amounted to around 17.5% of annual pay.

The claimant, Mrs Brazel, was a clarinet and saxophone teacher who was employed on a permanent basis as a 'visiting music teacher'. Her working hours depended on the number of students that signed up for tuition that term. Lessons were only scheduled in term-time and she was paid separately for any other duties she carried out. The school year varied between 32 and 35 weeks, and although her contract of employment continued throughout the year, Mrs Brazel did not give lessons during school holidays or perform any substantial duties.   Mrs Brazel's pay was calculated using an hourly rate and she was paid monthly for the hours worked in the previous month.

The Court of Appeal considered the practice of calculating 12.07% of hours worked and the justification of that calculation, which is based on the employee receiving 5.6 weeks holiday over a full year's employment. It also considered the Working Time Directive (WTD) which sets out an employee's entitlement to receive 'a week's pay' for a week's leave and the Working Time Regulations which provides the 12-week average calculation.

The Court accepted that although the calculation may result in part-time workers receiving a higher proportion of their annual salary as holiday pay than full-time workers, and that it might produce some odd results in exceptional cases (such as an invigilator who is engaged for only a few weeks a year), they were satisfied that the ‘simple’ 12-week average calculation set out in the WTR was correct.

What does this mean for schools?

This case marks the departure from the previously agreed calculation of holiday pay for term-time staff on the basis of 12.07% of the hours worked. Instead, holiday pay will need to be calculated at the point that the employee takes leave, or when it is agreed that a payment for accrued holiday pay will be made. At that point, the school should look back at the hours worked over the previous 12 weeks, disregarding any weeks where no work was carried out, calculate the employee's average weekly earnings across that period and use that as the basis for calculating holiday pay.

The decision does not just affect the here and now but will extend to any underpayment of holiday pay in the previous two years. Failure to account for holiday pay due from previous years could give rise to an unlawful deduction from wages claim. Schools should now assess their liability for any underpaid holiday and correct the position to avoid claims being brought.

Employment contracts should also be reviewed as it is likely that employment contracts for term-time staff will state that holiday will accrue at 12.07% of hours worked. If this is the case the contracts need to be amended to reflect the calculation based on 12-weeks average pay.

The Court of Appeal's decision should serve as a further reminder to schools that 'rolled-up' holiday pay (in which the school pays an enhanced hourly rate which includes an element of holiday pay) should no longer be used.

For more information, please contact a member of the Employment team. 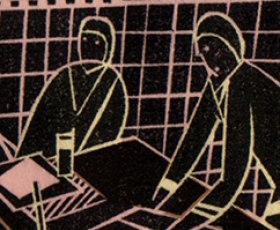