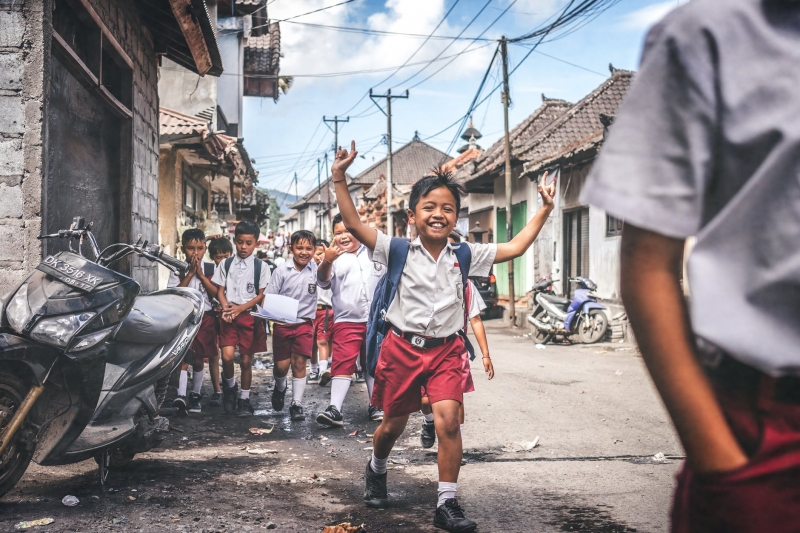 Earlier this year, the Supreme Court had the final word in the long-running case of Lehtimäki and others v Cooper, following decisions from the High Court and the Court of Appeal in 2017 and 2018. In particular, the case considered whether the court has jurisdiction to direct members of a charitable company on how to exercise their voting rights (spoiler alert: it does) and it could have interesting implications for the members of charitable companies, and perhaps even membership charities generally, giving them fiduciary duties in some circumstances.  However, the case was unusual and turned very much on its facts: it's likely that the various legal arguments made will be revisited in the future.  This article sets out some of the key points to consider, at least for the time being.

The Children’s Investment Fund Foundation ("CIFF") is a charitable company with more than $4 billion in assets that helps children in developing countries. It was founded by Sir Christopher Hohn and Ms Jamie Cooper in 2002 but, when their marriage later broke down, the day-to-day management of the charity became, according to the Supreme Court judgment, "gravely threatened". Various steps were taken to resolve these difficulties and, among other things, the couple agreed with their fellow trustees that, in exchange for a grant of $360 million to Big Win Philanthropy ("BWP"), a charity founded by Ms Cooper, she would resign as a member and trustee of CIFF.  However, the proposed grant could not be made without the approval of the Charity Commission or the court.

Journey through the courts

The Commission gave permission for the charity trustees of CIFF to seek High Court approval to make the Grant but the court ruled that the grant constituted payment for loss of Ms Cooper’s office of director under company law.  This was because, while Ms Cooper would not benefit directly from the payment, she would nonetheless enjoy an indirect benefit because she would be the founder and a trustee of a charity with $360 million more that it would otherwise have had.  "To a person whose life’s work is in charity and philanthropy," said the court, "that must be regarded in normal understanding as a 'benefit'".  Ms Cooper was also held to be a person "connected" to BWP for company law purposes and so the grant to BWP had to be treated as if it were a payment direct to her.

Because the proposed grant was a payment for loss of office, company law made it subject to approval by a resolution of CIFF’s members, and charity law provided that the resolution would be ineffective without the prior written consent of the Commission.  Unusually for a charitable company, not all of CIFF's trustees were members of the charity: in fact, CIFF had only three members, namely Sir Christopher, Ms Cooper and their friend Dr Marko Lehtimäki (who had previously been a trustee but stood down in 2009).  Since the former couple had conflicting interests, Dr Lehtimäki was left as the sole member entitled to vote on the resolution.  This left him in what appeared to be a powerful position: if the court determined that it was in CIFF's best interests to make the grant and the Commission also consented to the members’ resolution, Dr Lehtimäki could defeat the decisions of both the court and the trustees by refusing to pass it.

In fact, Dr Lehtimäki kept his voting intentions largely to himself during the proceedings but, having held that the grant would be in CIFF’s best interests, the court ordered him to vote in favour of the resolution approving the grant.  Dr Lehtimäki appealed against the order, and the Court of Appeal allowed the appeal on the basis that, as there had been no breach of fiduciary duty, the court no power to direct Dr Lehtimaki on the exercise of his vote.

Ms Cooper appealed to the Supreme Court, seeking an order requiring Dr Lehtimäki to vote in favour of the resolution and her appeal, too, was allowed.  In deciding whether or not to grant the order, the Supreme Court asked itself three questions:

More or less unanimously, albeit with one or two peripheral doubts expressed, the court held that the answer to each question was "yes".  The court noted in particular the "special" nature of charities and its jurisdiction over them, holding that the members of charitable companies are bound by the regime set out in the Charities Act 2011, "the whole thrust of which is to ensure that the assets of the company are used for its exclusively charitable objects and for no other purpose". There are, the court said, numerous provisions designed to prevent the trustees and members benefitting personally from the assets of the charity.  In other words, because there is no question of the assets of a charity being applied in favour of the members or otherwise than for a charitable purpose, and that they have in effect signed up to membership on this basis, the members have a general duty to exercise their voting rights in a way that will best further that purpose.  In this case, it seems, the court having decided that payment of the grant was in the charity's best interests, Dr Lehtimäki had no choice but to agree.

Should charity members now be treated as fiduciaries?

The answer to this question appears from the Supreme Court judgment to be "yes and no" – even in the case of charitable company members.  The court was clear that, on the facts, Dr Lehtimäki had a fiduciary duty to vote in favour of the resolution, but its general view was that the "precise circumstances" in which the member of a charitable company has fiduciary duties, and even the precise nature of those duties, "will have to be worked out when they arise".

There is some indication from the judgment that the duty arises wherever members have an element of control over the disposition (or otherwise) of charitable assets but, at the same time, the court felt that the duty does not come into play when the members are choosing between different charitable objects or beneficiaries.  In practice, however, the members of a charity are seldom required to make such decisions, as it is normally the trustees who decide on how the charity's assets are to be applied.  Consequently, it may be that the duty really only arises in situations akin to the one in this case, where the trustees are bound by statute or other legal precedent to put the decision to the members.  This will normally be the case where one or more of the trustees stands to benefit from the decision in some way.

If and when it does arise, however, it appears from the judgement that the duty is towards the charitable purposes rather than the charity itself (as has always been our interpretation of the trustees' general duty to act in the charity's best interests).  It also appears that, the duty having arisen, any member with an interest would be required to declare it – something that could be dealt with (but at present is generally not) dealt with in the charity's governing document.

So what are we to conclude?  It would certainly seem that, in specific circumstances yet to be fully mapped out, the members of charitable companies will have fiduciary duties towards their charity's purpose.  The Supreme Court judgment made clear that it was intended to apply to the members of all charitable companies limited by guarantee whose articles, like CIFF's, prevent their members from receiving distributions of profit (which will usually be the case).

By virtue section 220 of the Charities Act, the members of CIOs already have a statutory duty to exercise their voting rights in the in the way that they decide "in good faith, would be most likely to further the purposes" of the CIO.  That said, however, this duty is not expressly stated to be a fiduciary duty, unlike the directors' duties set out in the Companies Act, which are "enforceable in the same way as any other fiduciary duty owed to a company by its directors".

The judgment does not expressly extend to the members of unincorporated charities.  However, given the court's comments about the special nature of charities generally, and its assertion that taking on membership of a charity whose constitution provides that its assets may be applied only for charitable purposes is tantamount to accepting fiduciary responsibility, it seems possible that the fiduciary role might be applied to the members of all charities, albeit perhaps in circumstances yet to be decided.  And it is worth bearing in mind that the Commission's guidance on membership charities, which dates from as long ago as 2004, states that, at least as far as the Commission itself is concerned, "members have an obligation to use their rights and exercise their vote in the best interest[s] of the charity for which they are a member".

It is difficult to say with any certainty what the Supreme Court's decision will mean in practice, not least because it does not sit comfortably with established company law.  It has generally been understood that a company members are free to vote in their own interests - certainly, shareholders may vote in whichever way they believe will increase the value of their shares, without having to consider the interests of the company.  However, in light of the judgment, there now appears to be a distinction between the duties of share company members and guarantee company members and, potentially, a further distinction between the members of charitable and non-charitable guarantee companies.

This article is probably best ended more or less where it began: that the case of Lehtimäki and others v Cooper turned very much on its facts.  It is worth remembering that the first-instance decision of the High Court concluded with a word of caution about interpreting the decision too widely:

"I should not leave this aspect of the matter without emphasising the specific nature of the decision I have reached, and the exceptional character of this case. I have looked at numerous charities' cases over three centuries and the present position has not arisen before. It may never arise again."

It is hard to disagree: even the Supreme Court took the view that the ramifications of the case "will need to be worked out".