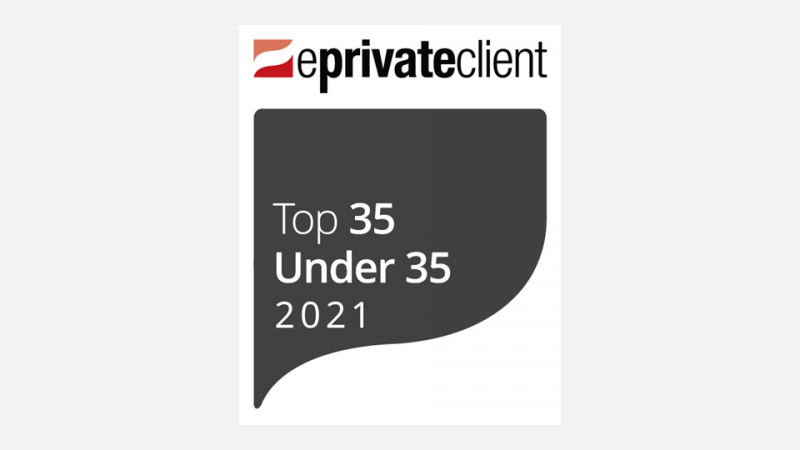 Congratulations to Tax & Trusts Associate, Ben Smith, who has been listed in the 2021 eprivateclient Top 35 Under 35, the definitive annual list of young private client practitioners in the UK and UK Crown Dependencies.

The Top 35 Under 35 is designed to identify, recognise, introduce and promote the rising stars of the private client professions.

The results are based on nominations from the UK and the Crown Dependencies for young and upcoming stars within the private client advisory professions, be they lawyers, accountants, trustees or any other professional intermediary.

Over 550 nominations were collated by the end of the nomination period in mid-August and a thorough judging process began with each nominee judged on the strength of their nomination(s). Factors considered include who made the nomination, an individual’s achievements, career progression and number of nominations.

Ben comments: " I am delighted to be recognised in the 2021 eprivateclient Top 35 Under 35 list and I am very grateful to those who put me forward for this accolade. "