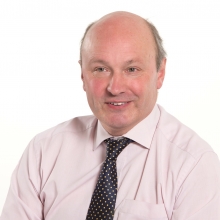 “Dominic is praised for his attention to detail, his ability to think 'outside the box' and come up with novel solutions, and for his ability to tailor his approach to suit the needs and preferences of each client.”

Dominic is a partner in our Commercial Property team. Having previously worked for over 8 years in the commercial property department of Hill Taylor Dickinson in the City, Dominic joined Wilsons in 1996 and became a partner in 2001. He is based in our Salisbury office but spends almost half his time working out of our London office.

Dominic handles a broad range of commercial property work. He has dealt with numerous complicated and high value transactions, often working closely with our corporate team and other professionals on corporate acquisitions and de-mergers involving large commercial property portfolios. His practice includes dealing with the sale and purchase of commercial buildings and development land, commercial leases (acting for both landlords and tenants), promotion agreements and options and mineral extraction agreements.  He has acted for a wide range of clients from overseas corporate investors, wealthy UK and overseas private investors, well-known national charities, 'top 10' firms of surveyors and accountants, landed estates, breweries and pub companies.