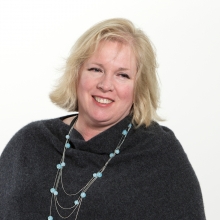 “One of the best property lawyers I have come across over the past 10 years. She is also an expert on charity law so you get two for the price of one!”

Jane Lonergan is a partner and head of our Property Team.  She specialises in commercial property with a particular emphasis on charity land transactions, and also deals with large and/or complicated land transactions.  Jane has been at Wilsons for 11 years,  and before this she was head of the property department in a Hampshire firm.  Before qualifying as a solicitor Jane was an officer in the Army, 'retiring' as a Captain in the Royal Corps of Signals.

Jane acts for many of the best known charities in the country, advising on the entire spectrum of property issues affecting charities as well as assisting with complicated charity restructures and charity mergers. In short, Jane helps charities with all matters involving property.

Jane is very well known in the field of charity property and contributes regularly to legal publications.  She wrote the chapter on Charity Property for the Solicitor's Journal 'Expert Guide'.  As the subject matter expert, Jane lectures other legal professionals (both solicitors and barristers) on both commercial property and charity property