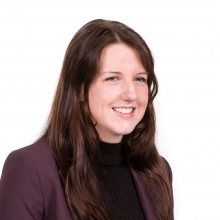 Jessica is a senior associate in our Wills & Trusts Disputes team. Jessica read law at the University of Southampton and graduated in 2006. She joined Wilsons in 2017 after spending 9 years at a leading South Coast law firm where she developed her practice in contentious trust and probate disputes.

Jessica specialises in dealing with trust and probate cases and regularly advises in connection with challenges to the validity of a will and lifetime gifts, claims under the Inheritance (Provision for Family and Dependants) Act 1975, issues arising in connection with the administration of an estate or trust, Court of Protection applications and disputes between co-owners.

Jessica is a full member of ACTAPS and is a member of the Charity Law Association.