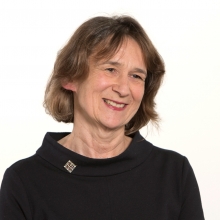 “I cannot say how much I appreciate your support on a personal as well as professional basis: you have been extra-ordinary in the true sense of the word ”

Judith is a consultant in our Commercial Property team and has worked on commercial property transactions for over 30 years (all spent at Wilsons). There is not much in the property world she has not seen! Judith qualified as a solicitor with Wilsons in 1978, became a partner in 1982 and is a former member of Wilsons’ management board. She now deals primarily with care home and other large charity developments together with more general commercial development transactions.