Gender pay gap for high earners is now a gulf

Despite political parties of all colours pledging to reduce the gender pay gap, the gap between women and men earning over £100k per annum has widened by 23% over five years, says Wilsons, a leading law firm.

The widening gender pay gap may have something to do with current maternity, paternity and parental pay rules. The first six weeks of statutory maternity leave still offers far larger financial benefits than either of the paternity or parental leave entitlements that are available to men, meaning that it often makes more sense for mothers to take maternity leave, and therefore more mothers taking breaks from their careers.

Wilsons explains that the introduction of parental leave in 2015 enables both parents to share up to 39 weeks of what was previously only available to mothers. Despite this, many more women than men still take longer term maternity leave rather than sharing it with their partners.

It is likely that more women take paternal leave partly because only mothers can benefit from the first six weeks of leave being paid at 90% of their normal earnings, while fathers' entitlements to parental pay are capped at £140.98 a week.

Because they are more likely to take maternity leave, women’s career progression can be interrupted. This means that, even in an equitable workplace, women could lose out on promotion as they arguably may have marginally less on-the-job experience than a man of the same age.

Increased financial incentives for splitting parental leave equally between mothers and fathers could help to encourage equal distribution of the care of dependents, and therefore help to close what has become a gender pay gulf.

However, the gender pay gap is a complex issue which will require a significant change in mindset on the part of both employers and society more widely. This will allow both male and female employees, particularly high-earning ones, to feel that their career prospects will not be diminished by taking leave to look after children.

Recently, the BBC faced a major backlash when it published figures showing that just 35% of its presenters earning over £150k are women, and that all of its top seven earners are male. In a further bid to tackle the gender pay gap, new rules have been introduced making it mandatory for the UK’s largest companies to publish earnings broken down by gender before April 2018. But Wilsons says more needs to be done.

Stephen Oxley, Partner at Wilsons, says: “In order to achieve a level playing field, more needs to be done to ensure new mothers don’t fall behind on the career ladder as a consequence of taking maternity leave.”

“The widening gender pay gap raises concerns for businesses, which could miss out from a lack of talented women in their top tiers of management.”

“Businesses are going to come under increasing pressure to address gender pay gaps amongst their workforces. As the BBC scandal demonstrated, this will be no small feat.”

“However, if every company in the UK became more willing to implement flexible working and a better division of properly paid parental leave between men and women, it could help considerably to even the playing field.”

“While the gender pay gap is particularly pronounced among older high earning employees, there is hope for the younger generation. There are signs that the gap is slowly closing for millennials in graduate and mid-level jobs across all sectors.”

“In the meantime, the glass ceiling in the very highest paying positions, often held by older employees, remains firmly intact.” 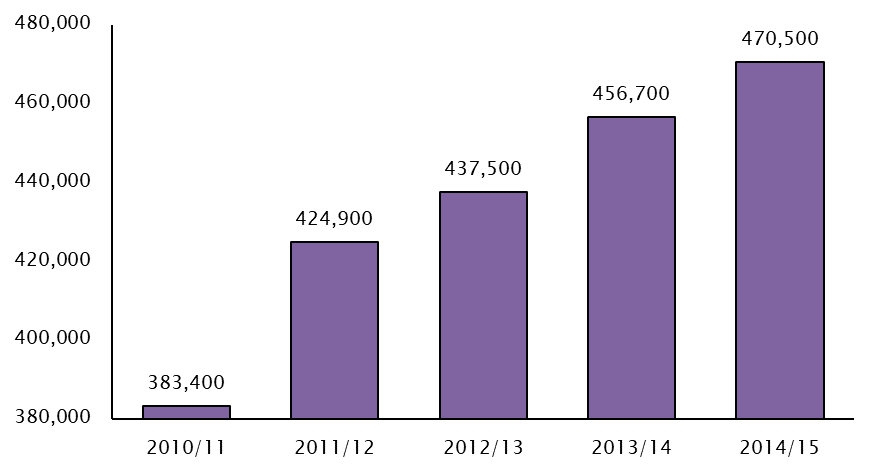