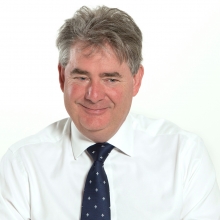 “Stephen Oxley and associate Sophia Zand are quickly responsive and attentive. They are advising us in a tricky process and are navigating us skillfully through it.”

Stephen is a partner in the employment team and is the firm's Business Development Director. He is a former senior partner and managing partner of the firm and currently is also the principal point of contact for the schools team. Stephen trained at Withers in London before joining Wilsons in 1985 and was its managing partner from 1993 to 2000. He was the firm's senior partner from 2007 to 2013.

Stephen acts for a wide range of employer clients from financial services businesses in the City to schools in the public and private sectors. He frequently advises individual senior executives and managers on joining and severance packages. Stephen is an experienced non-executive director, charity trustee and school governor. He was a trustee and former Chairman of the military charity, Help for Heroes. He is currently a trustee of the Salisbury Samaritans and a director of Salisbury BID Limited.

Stephen has lectured for Capita on safer recruitment in schools, and is the co-author of "The Future of Work" published by Decision Magazine.  He is a member of the Institute of Directors, the Employment Lawyers Association and the Education Law Association.

Stephen's interests include music, film, theatre and cycling. He is co-founder of the Lawbreakers, a covers band in which he plays lead guitar.

Round-up of recent guidance for schools

Dealing with Parent issues - A tale of two halves