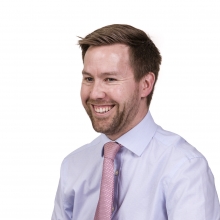 Mike is a partner in our Property & Commercial Litigation team. He trained at a firm in Dorset, qualifying as a solicitor in 2007, and previously worked for Wilsons between 2010 and 2014 following which he spent a couple of years working for a firm in Southampton. In early 2017 Mike re-joined the team.

Mike specialises both in contentious property and commercial disputes. His property practice is broad and varied but he has a particular interest in disputes concerning commercial property. These range from contested 1954 Act lease renewals, dilapidations/diminution in value claims (specifically commercial lease dilapidations), forfeiture claims and service charge disputes. Whether the instructions relate to residential or commercial property, Mike is regularly instructed to advise in connection with possession claims, disputes involving breaches of covenant and easement disputes, as well as all types of landlord and tenant disputes. Additionally, Mike frequently handles residential leasehold enfranchisement claims and claims relating to the right to manage. He advises on all stages of proceedings, including in the High Court, Court of Appeal, and in disputes proceeding in the Property Tribunals.

Mike's commercial practice includes claims for breach of contract, restrictive covenant disputes and claims involving professional negligence. Mike is also regularly instructed by clients to recover debts, and he advises on all stages of enforcement of judgments.

Mike is a member of the Property Litigation Association.

Outside of work, Mike's time is taken up by his young family, going for an occasional run, and (when time permits) playing the piano.

Covid-19: notice periods under residential tenancies to be reduced