There has been a 43% rise in the number of disputes over trusts coming before the High Court in the last year, says Wilsons, a leading private client law firm - with the number hitting a record 201 in 2016, up from 141 in 2015.

Trust dispute cases have more than doubled over the last five years, from 98 in 2012. Wilsons says that the key drivers behind the rise include the increasing complexity of family structures, and the growing number of individuals willing to take disputes over trusts to court.

Sibling rivalry in particular can be a main cause of disputes – for example if one child is chosen as a trustee over the others, or removed as a beneficiary while others remain. Also, multiple marriages increase the chances of tension developing between step-families, making it more likely for disputes to be taken to court.

Wilsons explains that nowadays, people are also more aware of their rights, generally speaking, than they were several years ago. Therefore, they are likely to be more willing to sue or take cases to court.

Wilsons adds that trustees are also increasingly cautious in their dealings with trust funds and are more likely to ask the court to approve their actions rather than take the risk of being taken to court themselves.

Charlotte Watts, Partner at Wilsons, says: “Family structures are becoming more complex, increasing the chances of misunderstandings, jealousy and arguments when it comes to money or property held in trusts.”

“Rivalry between family members can quickly become rife when difficult relationships are dragged up and exacerbated by disputes over trusts. This is particularly true where inherited wealth or properties that have been in a family for several generations are concerned.”

“Beneficiaries are often the children, who might resent being beholden to trustees when a lump sum cash gift can seem more attractive. Many of the dispute cases involve beneficiaries using court cases to sue trustees they see as taking liberties, or neglecting their duties.”

Wilsons says trusts are used to legally protect assets, and ensure distribution of property or assets to beneficiaries according to the wishes of the settlor. Claims could include those concerned with trust administration; by or against trustees; disputes between trustees; disputes between beneficiaries; variation of trusts; or removing a trustee. 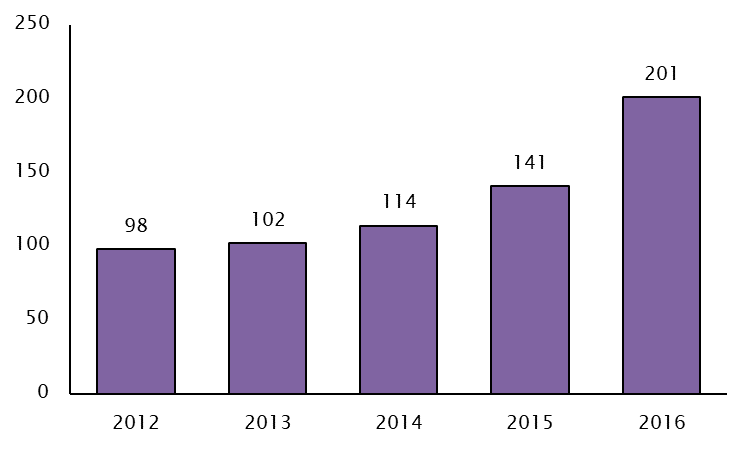