Six years ago, Parliament amended the Education Act 2002 (the Act) to impose restrictions on the reporting of alleged offences by teachers.  Section 141F of the Act now provides that where a school teacher is the subject of an allegation made by or on behalf of a pupil at the school of criminal conduct against a pupil, there can be no publication of matters that are likely to lead to the teacher's identification by members of the public.  Publication contrary to this restriction is a summary offence punishable by a fine.  The restriction ends if:

The provision was roundly criticised at the time of its introduction as going both too far and not far enough.  To the media it was an unprecedented and unjustified restriction of their right to freedom of expression in favour of a single profession, it would prevent the publication of information which could encourage other victims to come forward, and it could lead to the introduction of a similar right of anonymity for anyone accused of a crime.  To some teachers, unions and schools, it failed to protect the entire children's workforce, the maximum £5,000 fine would not act as a deterrent to the media, and the restriction would do nothing to prevent playground gossip and social media which could make a teacher's continued employment untenable.

A 2012 report commissioned by the Department of Education into allegations of abuse against teachers and non-teaching staff provides some useful background on the issues that led to the reporting restriction.  Although the report was based on 2009/2010 data, it showed that only 12% of allegations against teachers were subject to a criminal investigation with 3% resulting in convictions or cautions, 2% resulting in acquittals and, presumably, the remaining 7% not reaching trial.  That 7% represents a total of 196 teachers who were investigated by the police and not tried or cautioned.  Of those, there is no data available to show how many investigations reached the point of arrest or charge at which the teacher would have lost the protection of section 13.  The figures suggest that allegations of abuse were made against 2,800 staff of whom only 84 were convicted or cautioned.

So what impact has the section 114F anonymity provision had?  The Government's promised two-year review of the provision has failed to materialise so there is no official data on its impact. But the maximum fine for a breach of the restriction is now unlimited and the media appears to have taken the restriction seriously.  A cursory search of press articles shows that generally: there has been extensive reporting of teachers' offences against pupils (typically sex offences) only after the conclusion of a criminal trial: there has been limited reporting after arrest but before trial (usually the teacher's and school's name and the alleged offence); and the reporting of allegations prior to arrest or charge has been limited to naming the school but not the teacher involved (even in the case of former teachers and former pupils who strictly fall outside the scope of section 141F).  This suggests that, within its limited scope, section 141F has been effective.

But what protection is available to the long list of individuals in the education sector who are not teachers and so fall outside the scope of section 141F?  These include non-teaching school staff, retired teachers, and teachers against whom an allegation is made by a former pupil (either where the teacher or the pupil has left the school).

According to updated Guidance issued by the College of Policing in 2017, the police will not name or otherwise identify those arrested or suspected of a crime except in exceptional circumstances where there is a legitimate policy purpose to do so, for example, where there is a threat to life, for the prevention of crime, or where police have made a public warning about a wanted individual.  This approach accords with the recommendations of the Leveson Inquiry and the Information Commissioner.   (In contrast, the Guidance states that those charged with an offence should be named unless there is an exceptional and legitimate policing purpose for not doing so or reporting restrictions apply.)  But the guidance has not always been adhered to, either by the police or the media.  In these circumstances, recent case law suggests that protection may be provided by the rapidly developing law of privacy.

Two recent cases (from 2016 and 2017) demonstrate the current approach of the English courts to an individual's right to a private and family life enshrined in article 8 of the European Convention on Human Rights (ECHR).

In ERY v Associated Newspapers Ltd, a businessman (the Claimant) applied for an interim injunction to prevent The Mail on Sunday, the Daily Mail and the Mail Online from reporting the fact that he was interviewed by the police under caution as part of a police investigation into two companies suspected of financial crimes.  The judge concluded that the Claimant had a reasonable expectation of privacy which had been breached and granted an injunction preventing publication, notwithstanding the newspapers' corresponding article 10 ECHR right to freedom of information.   He was influenced by the fact that the Claimant had attended the police interview voluntarily, he had been interviewed in private, he had been told that his involvement in the investigation would remain confidential, and his solicitor had objected to the proposed press report as soon as he had learnt of it.

ZXC v Bloomberg LP concerned an article published on Bloomberg News's website linking the Claimant, a businessman, with a law enforcement agency investigation into allegations of financial impropriety on the part of a company.  The article was based on a confidential document of the agency which had been leaked.  The Claimant sought an interim injunction requiring removal from the article of references to him.  The court concluded that the Claimant had a reasonable expectation that the information in the agency document would remain private.  The judge noted that the Claimant was not a celebrity courting publicity, the leaked document was highly confidential, the Claimant had not been arrested, was not questioned in a public place and did not consent to publication of the information in the article.  However, he had not tried to restrain publication of the article, other news organisations had already published the fact that the claimant was under investigation, he took nine days to object to the article, evidence of the distress caused by the article came from the Claimant's solicitor rather than the Claimant himself, and the article did not suggest guilt.  Ultimately, the Claimant's article 8 rights were outweighed by the Defendant's article 10 right to freedom of expression, particularly because the article was a serious piece of journalism on a serious topic, it might encourage other witnesses to come forward, there was no suggestion that it had damaged the investigation, and the inclusion of the Claimant's name was a legitimate journalistic decision.  The injunction was, therefore, refused.

Privacy law hit the headlines again recently with Cliff Richard's successful action against the BBC for infringement of his privacy rights.   A BBC journalist had found out from a confidential source that the police force was investigating Cliff Richard in respect of an allegation of historical sex abuse.  The police had agreed to give the journalist advance notice of a search of the claimant's English property, as a result of which the BBC broadcast sensationalised footage of the raid and revealed that Mr Richard was under investigation for child abuse.  The police investigation continued for two years, but Mr Richard was never arrested or charged.

In finding against the BBC and awarding damages of £210,000 to Mr Richard, the judge made some helpful observations.

Further damages for actual financial loss suffered by Mr Richard have yet to be assessed against the BBC.  The police had already admitted liability and agreed to pay £400,000 in damages.

The judgment was met with apocalyptic predictions in some quarters of the media, particularly that the decision would prevent media reports of wrongdoing which encouraged other victims to come forward (the Me Too movement) and that it would prevent the media from holding the press to account.  Neither argument holds water.  It is for the police, not the media, to decide whether to release the identity of an accused individual to encourage other reports of abuse, and this type of media interest focuses on the accused rather than the activities of the police.  In any event, the BBC has confirmed that it will not appeal the decision and, in the post-Leveson era, it seems unlikely that Parliament will come to the aid of the press by passing legislation to permit such reporting.

This means that the law of privacy will continue to protect teachers and non-teachers alike from reporting of allegations against them, at least until they are charged with an offence.  At that point, although their identity will be revealed, they will continue to benefit from the criminal contempt laws which prevent reporting that creates a substantial risk of serious prejudice to a criminal trial and the law of defamation which protects an accused from the reporting of allegations suggesting guilt before it has been proved.  In addition, although a school has no right of privacy, it may be able to sue for defamation if it is the subject of a false allegation that it was culpable in its handling of an abuse allegation against one of its staff.

Naturally, if a school is approached by the press for comment in relation to an allegation of abuse, we would recommend that it seek prompt legal advice.

If you have any questions raised by Debbie's article, please contact us for an informal and confidential chat. 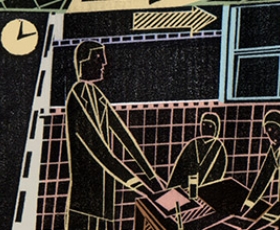 From working with schools every day, we are passionate about the education sector