The number of individuals earning over £1m that are in the UK has risen to 18,700 in the last year*, up from 15,000 the previous year, according to HMRC figures.

36% of UK taxpayers earning over £1 million are concentrated just in London, with 11% (2,000) of all £1m+ earners in the UK living in the borough of Kensington and Chelsea (see table below).

Wilsons says that many of the UK’s £1m+ earners in the UK are high net worth foreign business executives, investors and non-doms. Wealthy investors from emerging markets in particular are attracted to London, as one of the world’s financial centres and a platform from which to grow their businesses.

However, there are concerns that non-doms and overseas investors may be put off settling in the UK if visa rules are tightened after the formal Brexit date in March 2019.

Individuals earning over £1m+ are highly mobile, and may move elsewhere if they feel they are being taxed too much on their earnings. There is a risk that they could migrate to countries where tax reliefs for non-doms are significantly more attractive, such as Italy and Malta.

Furthermore, Recent data from the Government showed an unexpected 23% fall in the number of non-doms paying tax in the UK in the last year.

Tim Fullerlove, partner in our Tax & Trust team says: “London is still an attractive prospect for the wealthy, but a more welcoming culture in UK policies could help to retain its appeal.”

“Wealthy business executives, investors and non-doms from overseas are a boon for the UK economy, paying large amounts of taxes in the capital and generating job creation. Many high earners regard the UK as one of the most secure countries in which to hold their assets.”

“There is now a danger, however, that what some commentators are calling the ‘golden goose’ of wealthy investors is being taken for granted.”

“There could be a risk of losing non-doms to other jurisdictions if UK tax reliefs are not attractive to them. There are also concerns that visa rules could be tightened after Brexit, shutting off investors from overseas.” 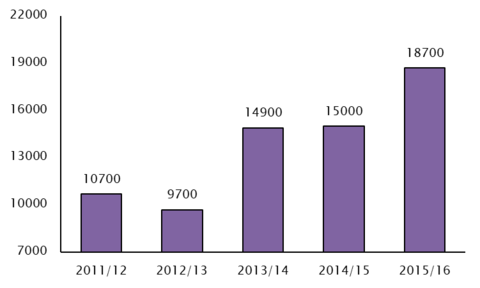 If you have any questions raised by Tim's article, please contact us for an informal and confidential chat.