The number of court battles over who children will live with, after separation has increased for the third year in a row, according to Wilsons, a leading private client law firm.

Residential Child Arrangement Orders cover the legal terms under which of their parents a child should live with following a separation.

Wilsons says one driver for the rise in the number of court cases is the increasing numbers of fathers wanting to take equal responsibility for their children’s housing after separation, as the distribution of traditional gender roles changes.

In addition, the rise of a more mobile labour force in the UK has meant that sharing custody could become more complex, as the likelihood of parents moving away from each other after separation for work reasons is higher. This would make it more difficult for the child to shift between parents - a court case could be necessary to settle any disputes.

Wilsons says that the rise in court cases comes despite the Government encouraging separating couples to seek mediation for deciding the arrangements for their children, rather than taking their case to court.

However, Wilsons explains that mediation carries the risk of having to return to court in the future, over “agreements” not being upheld by one or both parents. Agreements reached through mediation are not legally binding, which could make them less effective should relations between parents break down over the long-term.

Separation cases with children involved often require sensitive handling. In cases where parents cannot come to an agreement in respect of their children, it can become necessary to resort to court proceedings.

Wilsons says that court orders could give separating couples more security and certainty that agreements come to will be upheld.

Sarah Wood-Heath, an Associate at Wilsons, says: “More parents are fighting over where their child will live after their divorce every year.”

“As many fathers now want to have custody of their children, and mobility in the labour force increases, court battles could become increasingly necessary   in order to legally settle differences of opinion.”

“If mediation is to be effective, collaboration and communication are vital - particularly where children are involved. However, the very nature of divorce means that negotiations are often emotionally charged.”

“Ultimately, many resort to court in order to allow a third party to come to a legally binding agreement.”

The number of Child Arrangement Orders surpassed 57,500 in the last year 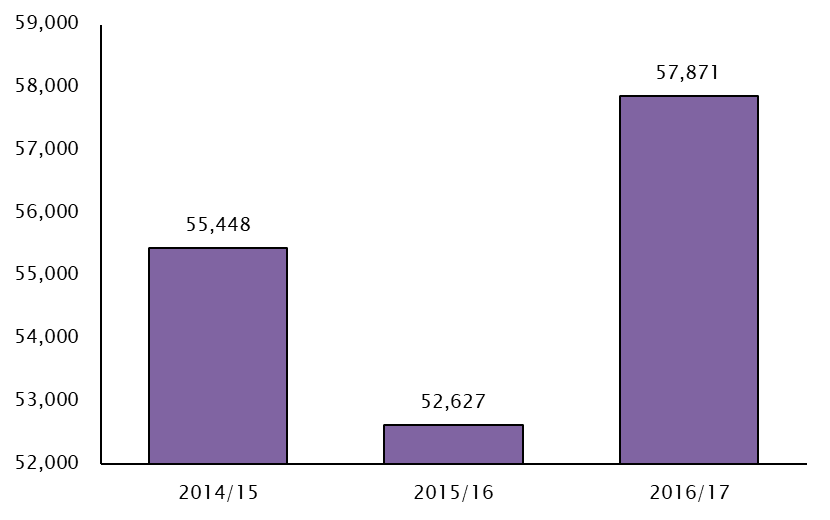