Bereaved families face will no longer be hit with increases of over 9,000% to probate fees, as Government plans are scrapped ahead of the upcoming elections, says Wilsons, a leading private client law firm.

Wilsons explains that the Government has confirmed that it has scrapped plans to increase the probate fee to £20,000 for estates worth over £2m from May 1st this year. This would have been a substantial increase on the flat rate fee of £215 currently charged on estates of all sizes.

The Government has said that the reason for the move is the lack of time for legislation of the change under the current Government.

Wilsons says that the plans to increase in probate fees were seen as a ‘stealth tax’ on the wealthy – largely due to the fact that the work involved in processing a probate does not increase in line with rising estate values.

Wilsons cautions that the plans may, however, be resumed should Theresa May be re-elected as Prime Minister in June.

Ann Cory, Senior Associate at Wilsons, says: “The Government’s decision to scrap plans to raise probate fees – which represented a tax on the wealthy in all but name – is very welcome.”

“The hope is that this is at least in some part due to the 97.5% objection rate the plans received from industry experts when under consultation – not to mention the voices of those who would have been most severely affected by them.”

“The worry is that, should a Conservative government be re-elected  following the upcoming elections, the plans will be resurrected.”

“These plans would be hugely damaging to many families across the UK – especially those who are asset rich and cash poor. They would also impact on the charity sector reducing the amount gifted to them and therefore the amount available for good causes.”

“As such, a huge increase is impossible to justify, outside of the desire to increase tax income from the wealthy.” 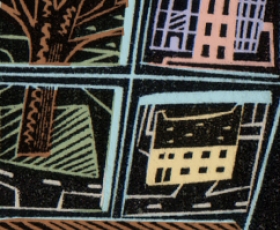