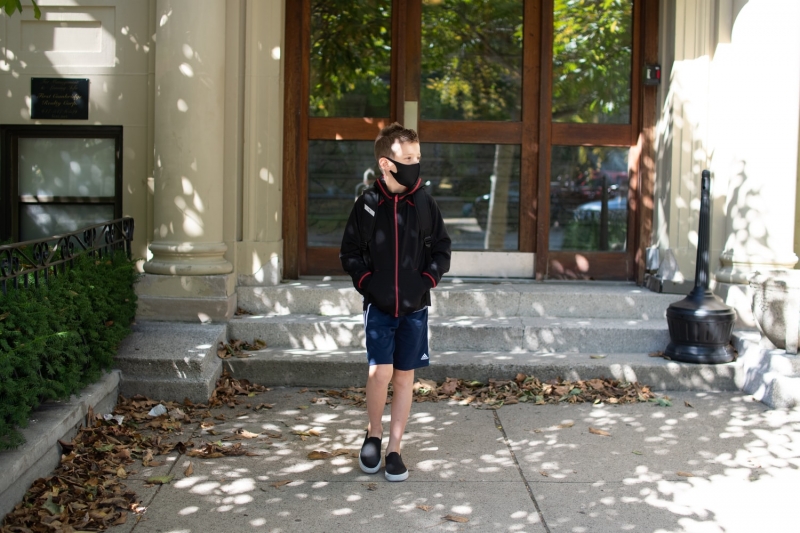 The Autumn Term 2020 saw a number of SEND issues in the news and courts, ranging from the need to make reasonable adjustments to the duties of public authorities when dealing with children with special educational needs and disabilities (SEND). We have selected some of the key items for consideration by schools:

In September 2020, the National Deaf Children's Society (NDCS) published the results of a survey which found that one in four deaf children are being taught by teachers wearing facemasks. This is despite guidance from DfE that facemasks need not be worn in class as it can have a 'negative impact on communication'. The figure for sixth forms or colleges is even higher, with 49% being taught by someone wearing a facemask. The NDCS has called for better communication with parents about this, as well as adjustments to teaching methods (for example, using radio aid technology).

Schools are reminded of their duty to make reasonable adjustments, and should stay aware of any concerns from pupils with SEND who may be disproportionately affected by the coronavirus measures introduced since September. If teachers are wearing facemasks in classrooms with deaf pupils, the school should carry out a risk assessment to evaluate whether this is appropriate. However, schools should, above all, follow the government guidance, and if it changes so that masks must be worn in class, then this should be followed and alternative adjustments made for pupils with SEND.

The following SEND cases were also in the court:

In October 2018, Suffolk County Council granted planning permission for a new primary and pre-school, which was due to be equipped with extensive noise insulation equipment due to its proximity to a US Air Force Base operating from a nearby site.

The Court of Appeal held that the decision by the local authority to grant planning permission was taken in breach of the Public Sector Equality Duty, as it did not consider the implications of nearby aircraft noise for children with SEND (in particular those with hearing impairments, ASD and ADHD). This duty is contained in the Equality Act 2010, and provides that public authorities must, when exercising their functions, have due regard to the need to:

Schools should always be on cognisant of the effect that proposed infrastructure development will have on pupils with SEND. In this case, the planning permission included mitigation against the aircraft noise (which would have disproportionately benefited SEND pupils), this was still found to breach the PSED as the planning officer's report did not mention the PSED and the mitigation measures were generic.

In July 2020, the Upper Tribunal allowed an appeal brought by a parent against a decision of the First Tier Tribunal (FTT) to remove their child (who had an EHCP) from an independent school and put him in a maintained special school instead. The costs for the independent school had initially been paid privately, but were subsequently funded by the Council.

The UT allowed the parent's appeal against this decision for the following reasons:

Schools and parents alike should take note from this decision that, if the council wish to remove a pupil from an independent school on the basis of SEND issues, the council will have to prove that the independent school is inappropriate (particularly if the pupil has already attended the school for some time without concern being raised previously). They will also have to amend, in advance of moving the pupil, section F of the pupil's EHCP to specify the pupil requires provision other than that which can be provided at the current school.

A visually impaired pupil brought a successful disability discrimination claim against a grammar school. The adjustments that the pupil required in order to sit the school’s entry examination (the Eleven Plus), which was provided externally by another school (the test centre), had not been put in place meaning that he was unable to sit the test.

The boy was registered as blind and had an EHC Plan which set out the adjustments he required in school, including that any written material be provided in large font. However, the day before his Eleven Plus exam, the test centre informed the boy's parents that they would not enlarge the exam paper front as it would cost too much.

The School said that they were not informed of the request to enlarge the font (the Test Centre had been informed of this requirement). However, the FTT held that the School still had the duty to make reasonable adjustments, which included making suitable arrangements with other schools that acted as test centres.

This decision is particularly important for independent schools to be aware of, as it raises the possibility that schools can be found to have breached their duty to not discriminate in its admission arrangements for an oversight which they were not aware of and over which they exercised little control. Schools which use external providers to host their entrance exams should therefore check in good time with them that all reasonable adjustments have been made.