To Pay or Not to Pay – that is the question? (For agricultural tenants under a 1986 tenancy)

Peter Bourke takes a look at the latest High Court decision in the (very) long series of battles between the Secretary of State for Defence (landlord) and Mr Spencer (tenant).  This case is another interesting and important Agricultural Holdings Act 1986 case for practitioners.

The tenant claimed that the Notice to Pay was invalid because the tenant had an equitable set-off claim against the landlord and therefore the amount claimed in the Notice to Pay was incorrect.  Practitioners will be aware of the very strict interpretation applied to Notices to Pay (Mason v Boscawen [2009] 1 WLR 2139) and that a contingent future right of set off will not be sufficient (Sloan Stanley Trustees v Barribal [1994] 2 EGLR 8).  Until last week there was no High Court case in which the tenant has been allowed the defence of set-off, whether equitable or otherwise, so as to defeat a landlord's Case D notice to pay.

Case D of the Third Schedule permits a landlord to serve a Case D notice to quit provided:

"At the date of the giving of the notice to quit the tenant had failed to comply with a notice in writing served on him by the landlord, being either –

and it is stated in the notice to quit that it is given by reason of the said matter."

The arbitrator referred to the matter to the County Court under the Case Stated procedure.  It was the County Court's decision by Recorder Norman in November 2016 that was the subject to HHJ Birss's determination in June 2019.

Recorder Norman held that if, before the date of the Notice to Pay:

"I agree with the Recorder's decision that, provided the criteria are satisfied, the tenant can rely upon equitable set-off or unliquidated damages in order to invalidate the Notice to Pay, because it overstates the rent due, and so invalidates the Notice to Quit."

We learn two important things from this judgment.  Firstly, a tenant can rely on equitable set-off or an unliquidated damages claim. However, the second point is that such claim must now pass the tests set out set out by Recorder Norman (see above) otherwise the claim for set-off will fail.

There is still time for both parties to appeal, but now there is a reported case practitioners can now make handwritten amendments to the first sentence of the second paragraph of 15.117 in Muir Watt & Moss Agricultural Holdings (15th Ed).

Agricultural law contains several traps for the unwary and if you would like expert advice do contact our team of experts. 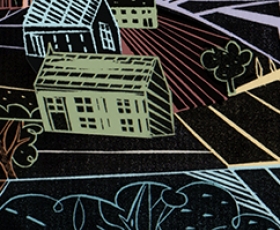 Specialists in the field