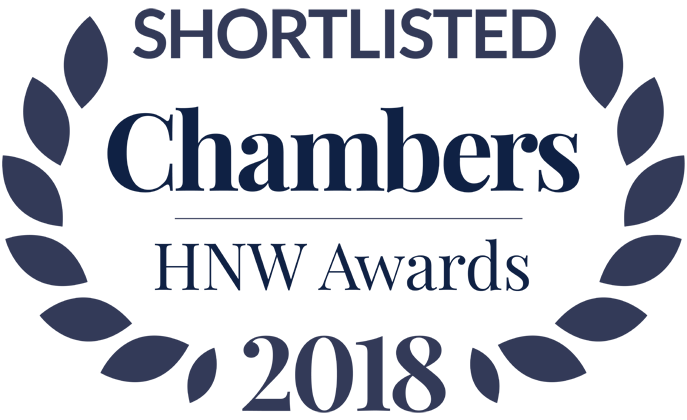 We’re delighted to announce that Wilsons has been nominated for two awards, Contentious Trusts & Estates Firm of the Year and Out of London Firm of the Year, at this year’s Chambers High Net Worth (HNW) Awards.

The Chambers HNW Awards 2018 base their awards on their own extensive research carried out for the 2018 edition of Chambers High Net Worth.  The awards look to reflect firms' and individuals' pre-eminence in key practice areas.  The awards also reflect notable achievements including outstanding work, impressive strategic growth and excellence in client service.

The Chambers HNW Awards 2018 gala dinner and awards ceremony will take place on Thursday the 22 November in London at BAFTA, 195 Piccadilly. 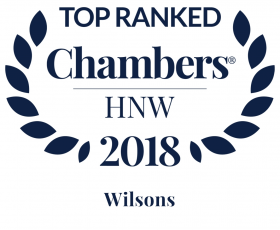