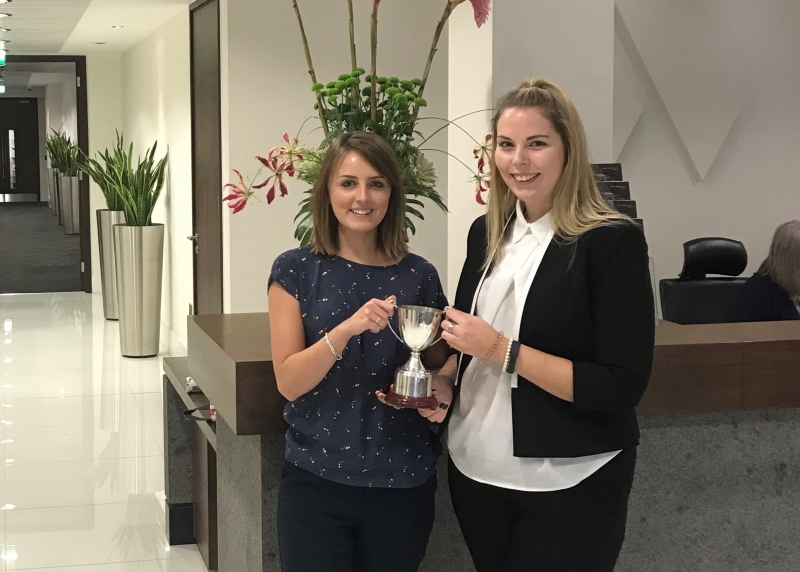 Every year Wilsons trainees enter a mooting competition against other 'Law South' firms.

Mooter – 'a person who argues or engages in discussion; a lawyer who argues cases in a court of justice'

The event was held at the Chartered Institute of Arbitrators in London and 12 law firms participated by sending teams of 2 mooters. Each team would perform two moots followed by a feedback session from the presiding judge.

Mooters would take in turns to orally present their legal arguments ("submissions"), whilst handling judge's questions, requiring the mooters to think on their feet. They were marked on their courtroom performance, ability to handle judge's challenges and argument structure.

After a tense wait the judges revealed the winning firm of the day and Wilsons were victorious, out doing the 11 other teams! The winning team consisted of Grace Chapman and Rosie Young, two of Wilsons newest trainees!

Grace comments: "We arrived in London feeling anxious but excited for what the day would bring. After the moot we received individual feedback and attended a prize giving ceremony at the end of the day.  Rosie and I were surprised but extremely pleased to be announced as the overall winner of the twelve teams competing."

Rosie comments: "This was the first moot for both of us, so we were a bit apprehensive.  However, we practiced most lunchtimes before the event and the preparation paid off.  It was a challenging day, but it was a great experience and I really enjoyed the event."