There has been a 27% jump in the number of charitable bequests worth £1m or more, as UK entrepreneurs and other High Net Worths increasingly engage in philanthropy, says Wilsons, the leading private client law firm.

The number of estates that made transfers to charities on death worth £1m or more increased to 3,630 last year, up from 2,855 the previous year.

Wilsons says the increase has been driven by the growing interest amongst wealthy entrepreneurs in philanthropy, both during their life and on death. To fund major charitable donations or bequests, entrepreneurs may sell their business or a stake in their business.

High-profile media attention on philanthropy in the US, by entrepreneurs such as Bill Gates and Warren Buffet, as well as the Giving Pledge globally, has led to giving becoming more pronounced in the UK. Major philanthropists in the UK include:

The total number and value of charitable bequests left by all estates valued above the nil rate band in the UK has increased year-on-year for the last five years in a row.

Wilsons says that the only downside in this trend is that the increase in charitable bequests has also led to a rise in disputes over wills. This is because family members may feel that they have not been left what they were promised or believe they should be entitled to as a result of a charitable bequest being made. An example is the widely reported Ilott vs Mitson case, where a woman was awarded £50,000 from her mother's estate after her mother left her estate to three charities.

There has been a 35% increase in the number of disputes related to wills and probate heard in the High Court to 661 last year, up from 490 in 2012.

Charlotte Watts, Partner at Wilsons, says: “The sharp jump in £1m plus charitable bequests in the UK is part of a broader boom in philanthropy across the world.”

“Philanthropic giving amongst US entrepreneurs and business leaders has boomed in the last decade and this has caught on in the UK as people increasingly look to use their wealth to leave a legacy.”

“To avoid potential disputes, we would suggest family members discuss someone’s final wishes and the reasons behind any planned charitable bequests.”

Wilsons adds that an additional benefit from leaving a charitable bequest is that it reduces the amount of inheritance tax paid on an estate. This is because any portion left to charity does not count towards the total taxable value and if someone leaves at least 10% of their estate then the rate of inheritance tax is cut from 40% to 36%. 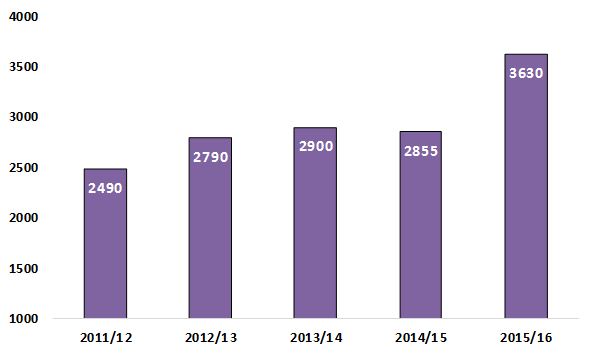 If you have any questions raised by Charlotte's article, please contact us for an informal and confidential chat. 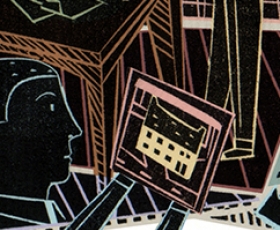