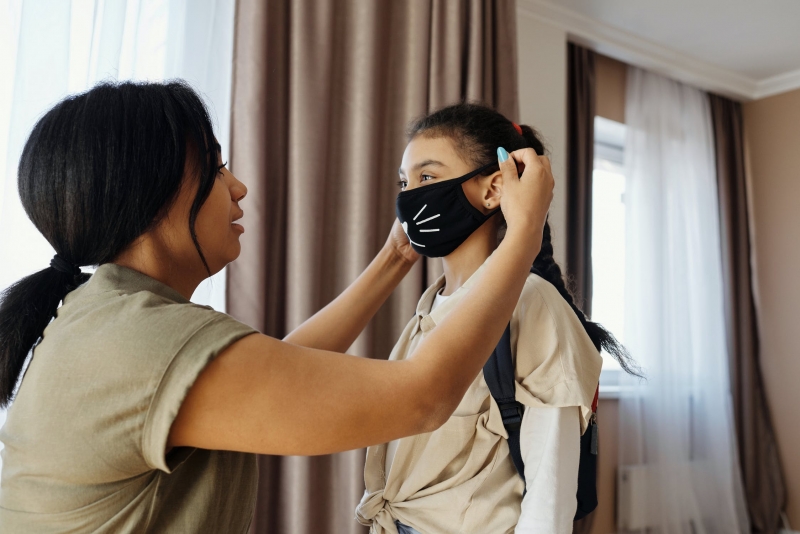 We have collected some of the most important issues and recent headlines which schools should be aware of to ensure that they are fully prepared in preparation for the return of pupils in September.

Face masks for students and teachers

On 25 August 2020, the Prime Minister announced a U-turn on the government's official position on face masks in schools: pupils in years 7 and above, as well as school staff working with them, will now no longer be advised against wearing face masks.

Face masks in schools are not mandatory under the new rules. Indeed, the only positive obligation to wear face masks is where the school is subject to a local lockdown, and even then, only when staff or pupils are moving around in corridors or communal areas. However, the new guidance on "Face coverings in education" states that schools can consider introducing face masks where the school layout means that social distancing cannot easily be maintained, as well as if it will give parents additional confidence to return their children to school. However, even if social distancing cannot be maintained, the government are not currently making it mandatory for masks to be worn.

The previous government guidance recommended that school staff should maintain distance from pupils (ideally 2 metres), and that groups of pupils should be kept separate. However, it explicitly stated that staff, children and learners should not be required to wear face coverings (with exceptions for ill pupils and pupils with intimate care needs).

The change of direction has been seen by many as a concession to schools that were preparing to break government guidance and require staff and pupils to wear face masks. Steve Chalke, founder of the Oasis multi-academy trust (which contains 52 academy schools), told BBC News just before the U-turn that staff and secondary school students at Oasis academies would have to wear face masks from September, stating that this was a matter of "common sense" and "taking responsibility". This was despite previous concerns that schools breaking with government guidance and introducing mandatory face masks could be taken to court in claims for judicial review.

In light of this update, schools should now be considering whether to implement face mask requirements, and if so, how. This will, in most cases, involve a detailed review of the school layout and the ability of staff and pupils to socially distance. Introducing a mask requirement will come with further considerations. For example, will masks form part of the uniform of the school (offering or requiring pupils to purchase masks bearing the school insignia?) or will this be a temporary protective measure? If you decide to introduce a policy to wear a mask in certain instances, including on school transport, this may be done by way of amendment to the main body of the relevant school policies, or alternatively, with the addition of an annex to address COVID-specific rules and sanctions.

From an employment perspective, schools may wish to update any code of conduct, as well as the staff disciplinary policy, to deal with members of staff who fail to wear a mask, where required.

Government advice following school closures was that local authorities should carry out a risk assessment for pupils with Educational, Health and Care Plans (EHCP), with the help of schools and parents, in order to assess whether the provisions of their EHCP could still be properly provided.

However, a survey carried out by Special Needs Jungle has reported that 51% of respondent parents with SEND children state that their child's school did not carry out a COVID-19 risk assessment. A further 24% do not know whether a risk assessment took place.

It is clearly alarming that 75% of parents with SEND children have had no involvement with a risk assessment, which will form a key part in ensuring their child has adequate schooling. The lack of proper consideration for SEND pupils is also reflected in other parts of the survey, which suggests that 63% of respondents believed that their SEND child's work had not been suitably differentiated for them.

Whether schools have yet to carry out risk assessments, or have failed to involve a pupil's parents, we recommend that their focus now be on carrying out these assessments to ensure that all SEND pupils can return safely to school in September with the appropriate level of support.

According to the Competition and Markets Authority, nurseries which have forced parents to pay the full fees during the period of school closure may have acted illegally.

In an open-letter published on 28 July 2020, the CMA said that nurseries may have carried out an unfair and illegal practice if they threatened to remove a child for non-payment of full or substantially full fees during lockdown.

They stated that, in their view:

We recommend that nurseries, as well as all independent schools, seek legal advice if they are experiencing issues with recovering their fees for the Summer Term 2020.

On 17 August 2020, the government confirmed that they would be abandoning the infamous 'algorithm' that had downgraded around 40% of all A-Level results, and that schools' "Centre Assessment Grades" (CAGs) would instead be used to determine GCSE and A-Level results (unless the algorithm gave the student a higher grade).

Whilst this has led to a record high in A* and A grades, many pupils will still be unhappy with their grade. These students are now left with the option to appeal their grades, raise a concern about potential malpractice or maladministration, or resit their GCSE's or A-Levels in the Autumn of 2020 and beyond. Schools should be ready to take quick and clear action in response to each of these.

Ofqual published summary guidance on 26 August 2020 setting out the grounds for appealing GCSE, AS and A-Level results.

Students cannot appeal their centre assessment grade merely on the basis that they disagree with their teacher's judgement as to their ability.  Instead, a mistake has to have been made by either the school or the examining body.

There are three grounds of appeal, as follows:

A 'mistake' in this circumstance can either be a clerical error, an inappropriate calculation method, or a failure to take into account important information about a student's performance which should have been included and was taken into account for other students. Whether the school followed the Ofqual guidance on calculating CAGs will be an important factor here.

From the guidance, it appears that the mistake must be judged by reference to the grade alone. External factors, such as different schools using different methods to calculate their CAGs, will not be relevant in assessing whether a mistake has taken place.

If pupils believe that wrongdoing or lack of care (malpractice or maladministration) has played a part in their grade, they may also raise a concern with the exam board.

In the first instance, government guidance recommends that pupils use the school's complaints policy to try to settle the matter. If this does not address the pupil's concerns, they should then approach the exam board directly. The government guidance states that, if a pupil has evidence or bias or discrimination, and does not wish to raise it with the school, they can give the evidence to the exam board directly.

Whilst not strictly a form of appeal, if malpractice is proved, the exam board may change the pupil's grades. Further guidance on malpractice and maladministration is available here.

Lastly, if neither of the above is viable, pupils also have the option to re-sit their A-Levels or GCSEs in the Autumn Term.

GCSE exams are due to take place between 2 November and 23 November 2020. The deadline for entries for GCSE English Language and/or Maths is 4 October 2020, and for all other subjects is 18 September 2020.

Schools should ensure that the appeals process for this summer's grades is made clear to all relevant pupils. They should also be in a position to adequately respond to queries and disputes regarding the calculation of their CAGs, and should, at a minimum, ensure that they are familiar with the guidance issued to schools by Ofqual regarding the calculation of CAGs. If the Ofqual guidance was not correctly followed, or there is some defect in the school's calculation, they should be prepared to make an appeal as soon as possible on behalf of those students affected by this error.

In case disputes over CAGs cannot be settled, or a parent raises a concern regarding malpractice or maladministration, schools should consider revisiting their Complaints policy to ensure it adequately covers the procedure for complaints of this nature.