Welcome to the Spring edition of our Education newsletter - we hope you have enjoyed a well-deserved half term break.

In this newsletter we have rounded up some topical issues from 'Brexit' to 'going digital' and have also flagged some of the key changes to statutory guidance in the sector that you should be aware of.

We wish you a productive second half of this Spring term.

The Education Team at Wilsons

The Effect of No Deal Brexit on the Education Sector

On 31 January 2019 the government produced updated guidance regarding the effect a 'no deal' Brexit on schools in England, both from an employment perspective and regarding pupil places. While a lot remains 'to be confirmed' at this stage, some details have been provided. Here, we produce a roundup of the key points.

The UK's withdrawal from the EU will not affect the ability of children living in the UK to apply for a school place in England; school places are not determined by reference to a child's nationality or immigration status. Those families from the EU, Norway, Iceland, Liechtenstein or Switzerland, living in England by 29 March 2019, will need to apply to the EU Settlement Scheme to remain in the UK beyond December 2020. This will not be detrimental to the child applying for a place in a school in England. Similarly, UK families returning from the EU to the UK after a 'no deal' exit will be entitled to apply for school places in England.

Irish citizens will not need to apply to the EU Settlement Scheme.

Dealing with a parental complaint

It is the first day back after the February half-term break and there appears to be a new trend amongst pupils of taking "unattractive" pictures of each other on their mobile phones and posting them to social media.

Each picture is accompanied by a comment along the lines of "isn't she pretty…not!" and is followed by a stream of comments from other users, some of which are extremely unpleasant. The DSL at this co-educational independent day and boarding school has been alerted to the issue by a junior member of staff and feels it is necessary to approach the Head to report it as a safeguarding concern. There are general concerns about this inappropriate online behaviour by several pupils at the school, but the DSL has particular concern for one pupil (pupil X) who appears to have fallen victim to this trend on several occasions.

Whilst in discussion in the Head's office, an email is received from the parents of pupil X. They wish to pursue a formal complaint against the School for its failure to address a number of concerns, which were raised informally prior to half term. The complaint is against the Head and other members of staff. The Head had met with them about a month ago to discuss their concerns around pupil X not fitting in with her peers and being unhappy at school. Pupil X was seemingly more vulnerable to peer-pressure and bullying since she started in Year 9 and has not been progressing academically this year.

How should you react?

It will not be news to the majority of HR departments that stress-related absence in schools has been rising steadily over recent years. A freedom of information request revealed that in the Academic Year 2016/2017, a total of 3,750 teachers across 82 schools that replied to the request were signed off on long-term sick leave due to the pressure of work, anxiety and mental ill-health.

Dr Mary Boustead, joint general secretary of the National Education Union, warned that schools are facing an ‘epidemic of stress’. Numerous changes in the education sector since 2014, funding cuts and the increase in collecting and collating data within schools have been blamed for the problem.

Aside from the obvious desire for schools to promote staff wellbeing in order to optimise performance, there are several reasons why HR departments should prioritise reducing stress among staff. This article examines the potential risks of stress-related absence and provides some practical tips to manage stress and reduce stress-related absence, whether work-related or otherwise, within your workforce.

In this article we take a look at the legislation and recent case law to help you manage the risks associated with separating pupils by gender at school.

Co-educational (or 'mixed') schools can be vulnerable to the threat of claims of discrimination based on gender, constituting unlawful behaviour under the Equality Act 2010 (the "EqA").

There are a number of reasons for schools opting to separate classes by gender, but such decisions should be taken with caution and due consideration to minimise the potential risks. We advise our clients to document the reasons for such policy decisions so that they are able to defend their position if the school is questioned by Ofsted/ISI, faced with litigation or the reputation of the school is brought into disrepute over the issue.

For ease, we sometimes refer to male pupils and female pupils as 'boys' and 'girls' respectively.

If your school has unregistered land on-site or in your portfolio, perhaps 2019 is the year to consider voluntary registration with HM Land Registry. For the reasons set out below, our view is that there are only advantages to be gained from doing so.

The Land Registry calls this 'comprehensive' registration and it seeks to facilitate the broader aim of making conveyancing quicker, simpler and cheaper, particularly in view of increased house-building.  Notwithstanding the Land Registry's ambitious objective, across the legal profession it appears to be accepted that achieving 'total' 100% registration by 2030 is unlikely.

November 2018 saw the arrival of the Charity Digital Code, a voluntary and free to use digital code of practice to help charities of any size to increase their digital activity and to improve their digital skills. Technology is changing our daily lives and the purpose of the code is to raise awareness and encourage the use of technology, along with offering tools to help measure the success of these actions.

The Code was created following input from over 100 charities of all sizes and the Charity Commission and is available here.

The Charity Digital Code will be relevant to all schools. The Code is not a regulatory requirement, but it is envisaged that charities will regularly review their progress against the code to ensure continuous improvement.

An additional version of the code has been produced that is tailored toward charities with an annual income of £1million or less.

AEGIS (The Association for the Education & Guardianship of International Students)

AEGIS was founded in 1994 by a group of established guardianship organisations and UK boarding schools in response to the lack of regulations around the care of international students, aged 18 and under, studying in the UK.

The core work of AEGIS is the accreditation of guardianship organisations through a rigorous programme of inspections, led by experienced independent school inspectors.

AEGIS accreditation of the guardianship organisations used by parents provides peace of mind to schools that students are safe during school holidays.  A Tier 4 student under the age of 16 years cannot live independently, and responsibility for a boarder remains with the Tier 4 sponsor.  Schools who permit non-accredited guardians or guardianship organisations to look after their students may be risking their Tier 4 sponsorship status, as well as potentially putting young people at risk.

For international students to reach their full potential at UK schools, their safety and happiness are key.  An AEGIS accredited educational guardian is there for the child, supporting the child both emotionally and practically.

AEGIS recently partnered with the Boarding Schools’ Association (BSA) to ensure a greater awareness of good practice in guardianship within schools.  Our aim is to ensure that every international student is well looked after and protected.

• perjury or perverting the course of justice; and

• contravention of certain orders of the Charity Commission in a statutory inquiry.

On 21 February 2019 the DfE updated 'Working Together to Safeguard Children 2018' document to reflect how local authorities should notify the Child Safeguarding Panel of any event which meets the specified criteria. The changes can be found on page 83 of the updated guidance, which is available here.

If you have any questions raised by our newsletter, please contact us for an informal and confidential chat.

From working with schools every day, we are passionate about the education sector 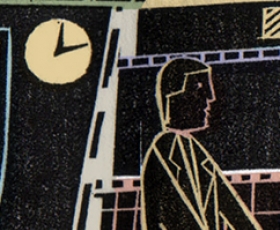