Serving and future charity trustees were put through their paces yesterday at Wilsons offices in London, in what was described by one attendee as a “whistle-stop tour, but in-depth.” Our trustee training is one of four free sessions we offer throughout the year to charitable and non-profit organisations. Heavily over-subscribed, with a waiting list for future sessions, some 40 attendees spent the day at our Lincoln’s Inn Field offices honing their skills as trustees.

Gillian Fletcher, Wilsons Director of Charity Law and Governance, began the trustee training by presenting the role of the Charity Commission and the evolving regulation of charities.

“There is greater awareness than ever before on the work of charities. The public expects that trustees will be held to account when things go wrong,” confirmed Gillian. 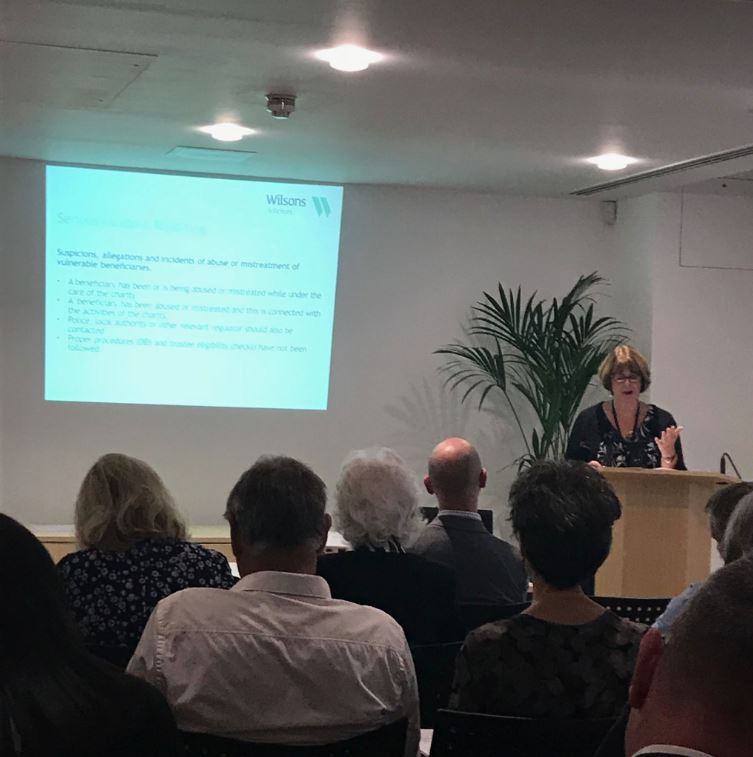 “The Charity Commission is adopting a zero-tolerance approach to risk and will actively pursue abuse of charitable powers or assets,” said Gillian, reinforcing that this will apply to all charities regardless of sector. “Military charities are subject to the same level of scrutiny as charities in other sectors, and recent inquiries into ‘for Heroes’ organisations confirm this.”

There will be a real drive on digital transformation and capability, and there are plans to introduce a digital portal for each registered charity. The majority of future processes, including charity and trustee amendments, will be wholly digitised with no human intervention. Whilst this will probably suffice for many charities, Gillian mooted that in some circumstances it may be a case of “Computer says ‘no’…”.

Gillian added that although the Commission would be offering more information and support in the areas of public accountability and identifying risks, “Trustees may find they need more tailored advice.” 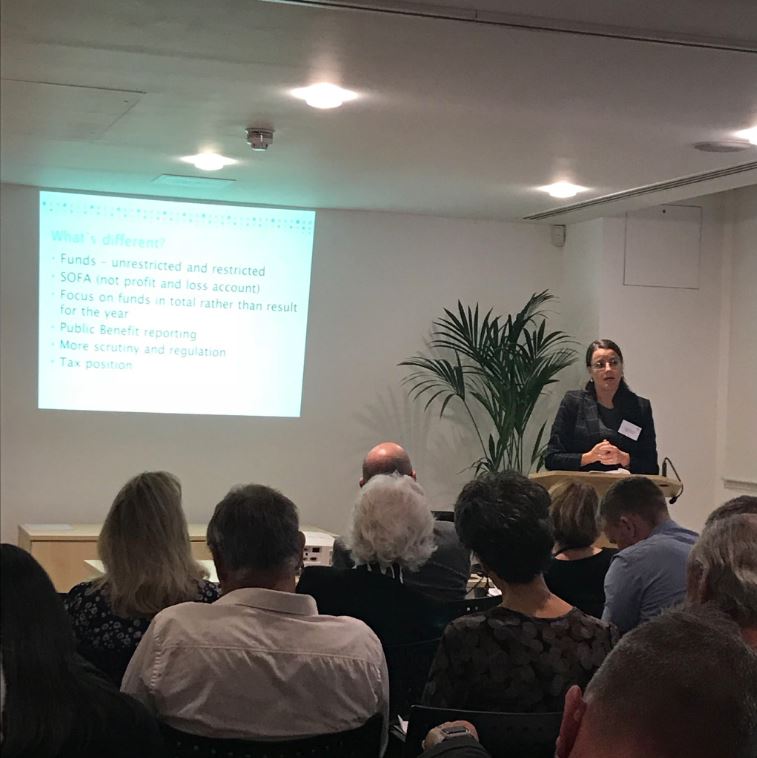 “In reality all trustees are responsible for finances. It is very easy for a Board to rely on the Trustee with the financial background or experience,” Noelia suggested to attendees. “Every member of the Board needs to be comfortable with the finances of the charity. They need to make sure that the information is clear and makes sense to them. Don’t be scared of the information, ask the Finance person or team to present or explain it in a different way if necessary.”

When preparing charity accounts, Noelia confirmed that it was better to be transparent. “When drafting the accounts the tendency is to say everything is great. In reality that is probably not the case. Trustees need to tell the charity’s story in a fair and balanced manner.”

Powers and Duties of Trustees 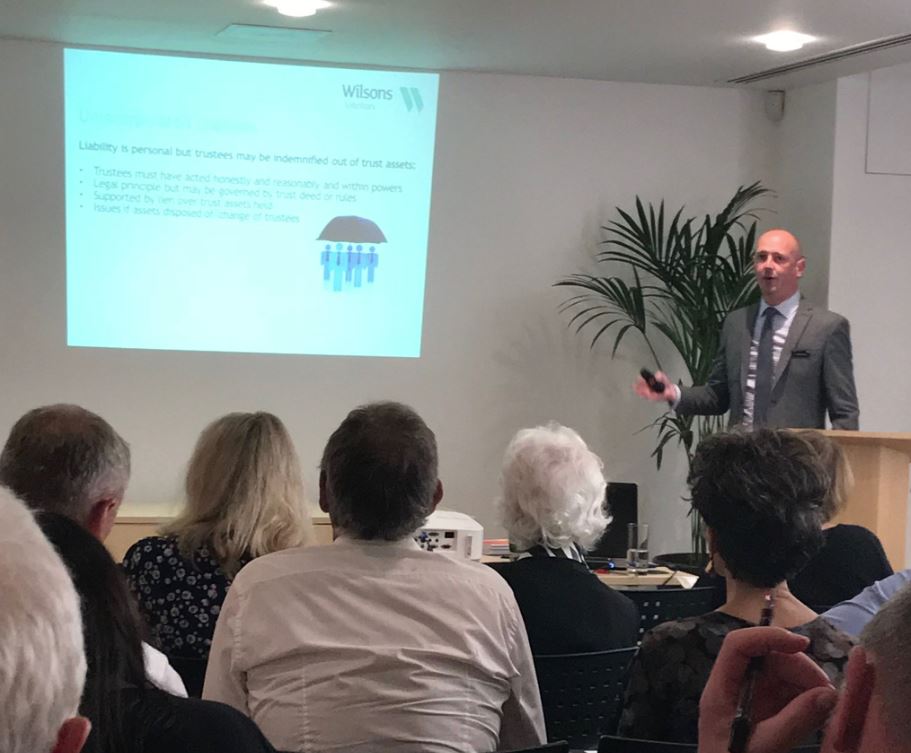 Andrew Mackie, Senior Associate at Wilsons, walked the trustee training attendees through the differences between powers and duties, and what trustees’ legal responsibilities are.

“Unfortunately the line between what trustees ‘must do’ and ‘should do’ has been blurred,” said Andrew. “We now have a situation where non-compliance with what the Charity Commission describes as ‘best practice’ may in and of itself result in an investigation.”

In a section which caused many attendees to sit up and listen a little more intently, Andrew explained how trustees could avoid triggering personal liability, most of which he confirmed is common sense but ultimately hinges on ensuring there is no breach of trust or fiduciary duty.

Inevitably, charity reputation and safeguarding issues were front of mind for most of the attendees. “One of your charity’s most important assets is its reputation,” said Andrew. “You can have as many safeguards and procedures as you like, but if they sit in a drawer and are not being followed, you are not protected.” 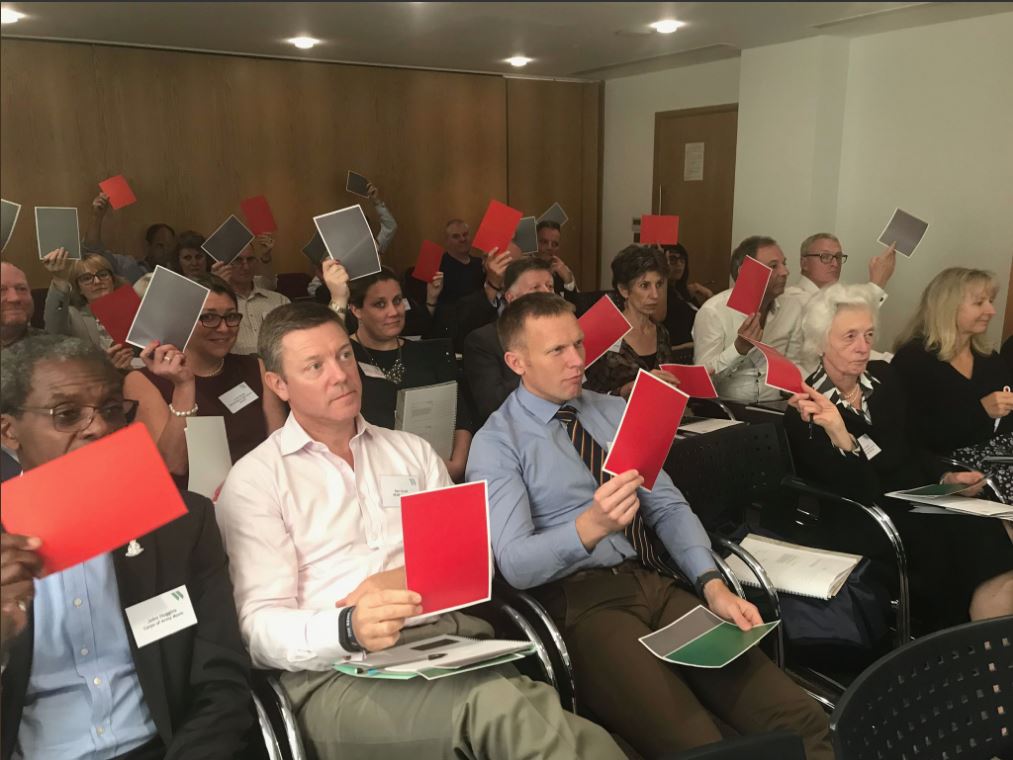 Following a delicious but speedy lunch, attendees were taken through a theoretical case study of a somewhat dysfunctional charity, and were asked a number of questions on how they would act if they were on the board. In scenes reminiscent of “Ready, Steady Cook” from the 1990s, the audience voted with red, green or grey cards as to their preferred course of action. The discussion raised a number of thought-provoking points, including that a charity’s ‘intention’ is not necessarily the same thing as its object or purpose, and that sometimes charities (intentionally or otherwise) lend their charitable structure to something completely unrelated, such as helping another charity with very different objectives.

Noelia Serrano from Sayer Vincent took the stage again in the afternoon, delving into the ideal charity business model and questions that trustees should be asking of their executive.

“It is about understanding where the demand for your services comes from, who are your beneficiaries and how you believe you can fund that,” explained Noelia.

When it comes to reserves, she confirmed “Look at your business model, look at your targets and plans for the next few years. This will help give you the narrative for your reserve policy. Remember, you are not there as a charity to sit on reserves. You are there to deliver your objectives.”

Revisiting her earlier session, Noelia suggested that, “Finances can be the elephant in the room. It is probably not the reason you joined your board. There is, however, a collective responsibility. You need to know enough.”

Jane Lonergan, Partner and Notary Public, presented how charity law and land law are inextricably woven, and have been for centuries. Jane brought this to life by discussing the “case of the missing millions”, the significant under-valuing of property by the Spiritualist Association of Great Britain. 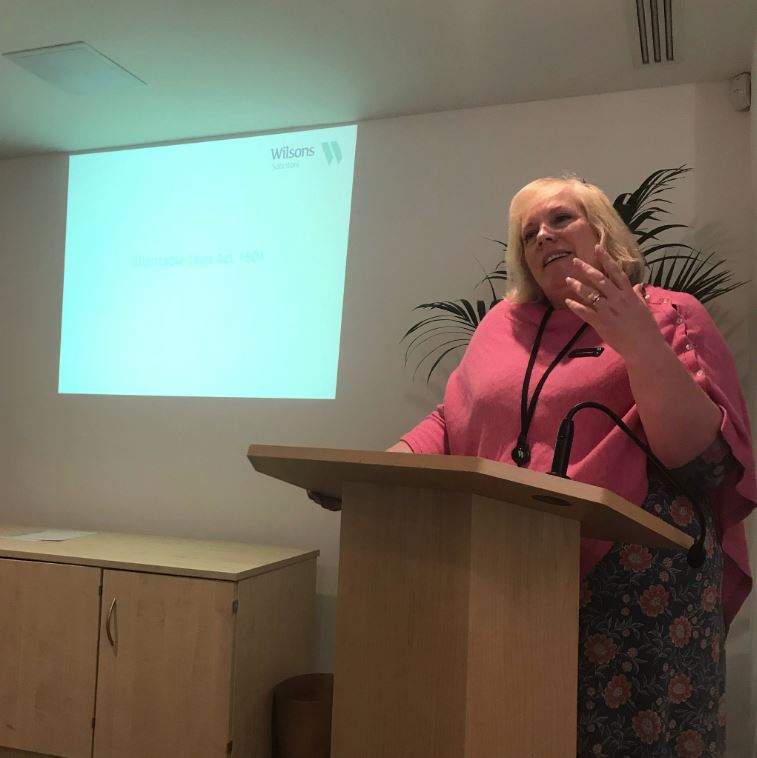 Sophia Zand, Associate, briefly touched on the difference between employees and volunteers, and how both trustees and their executive should take steps to ensure they know which is which.

Using the recent case of Pimlico Plumbers as an example, Sophia explained, “A volunteer can have certain rights if over time they become classed as an employee or a worker. Avoid making payments to volunteers which could be regarded as wages. It is also useful to keep a record of the times when volunteers have been unable to help: that demonstrates they aren’t under the control of the organisation.”

Very much a hot topic in the light of GDPR which came into force in May of this year, Andrew Mackie presented the case that whilst fundraising is more challenging, charities need to take care.

“182,000 charities all fishing in the same pond means it is increasingly difficult for charities to fundraise. Charities are having to innovate more. With greater innovation comes greater risk,” Andrew explained. “The smell test is important. If it doesn’t smell right, then don’t do it. Use your judgment and rely on your instincts. If you don’t, and you get it wrong, the Charity Commission may be on the phone to you right after the journalist.”

Attendees discussed the powers (or otherwise) of the ICO, the Fundraising Regulator and how effective the Fundraising Preference Service has been to date. “We shouldn’t rule out the possibility of statutory regulation of charity fundraising in the near future,” Andrew warned.

When it comes to data protection, don’t forget about the ICO. Andrew confirmed, “The ICO does have teeth. Worth remembering that data protection laws apply just as much to charities as commercial organisations. If the donor or any other person who interacts with your charity does not know why you are using their data, don’t do it.”

We run approximately four trustee training sessions each year, in Salisbury and London.

If you’d like to register for a future session, please let us know by contacting marketing@wilsonsllp.com or call us on 01722 427 634. 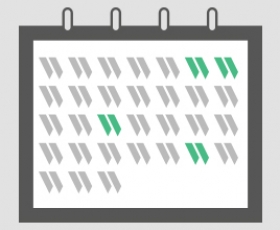